Jamie Lynn Spears, who hit the headlines after her pictures were stolen, has been left devastated by the theft of her breastfeeding photographs. 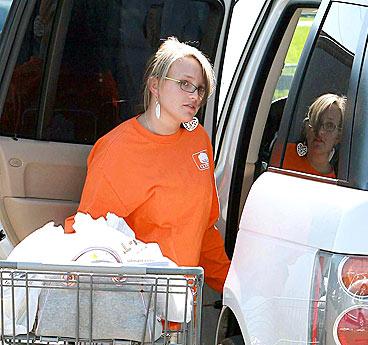 It was reported that Casey Aldridge had taken his camera to a Louisiana store to have prints taken from the memory card, but officials now believe extra copies of the images were made with the intention of selling them to the highest bidder.

A spokesperson for the 17-year-old actress revealed: “We have been informed that someone was trying to solicit personal photos that belong to Jamie Lynn, and currently the proper authorities are looking into the matter.”

One of the pictures shows Jamie Lynn’s exposed breast as she nurses her three-month-old daughter and trying to sell the photographs could be classified as child pornography since “Zoey 101” star is considered a minor in the US.