A celebrity photographer accused of stalking Jamie Lynn Spears and her fiancé in a small Mississippi town has been arrested. 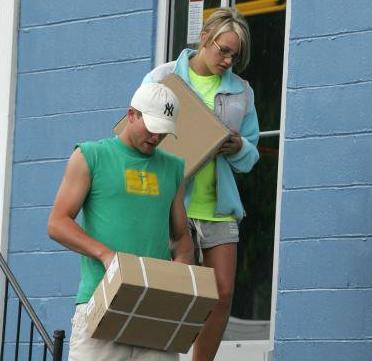 Edwin W. Merino, 30, of Los Angeles, posted bond Tuesday. He is scheduled to appear in court next week.

Authorities in Liberty, a small town in southwest Mississippi near the Louisiana border, said Merino wouldn’t leave the pregnant Spears and her fiancé, Casey Aldridge, alone.

Merino denied the accusations in a phone interview Wednesday with The Associated Press. He said that he was about 200 feet away from the couple using a long lens when he was arrested at a gas station.

The younger Spears and Aldridge has been the subject of intense attention since she announced her pregnancy in December. She said then she was 12 weeks along, which would make the 17-year-old due any time.

Merino revealed that he had little luck taking pictures of the couple and was preparing to leave the area, saying, “I’ve seen the young man Casey in pictures. I haven’t worked on them myself. The first time I got a good look at him was in court.”

Britney Spears’ family representatives did not immediately return messages Wednesday. Meanwhile, the celebrity photographer said that he didn’t spend any significant time in jail. A deputy drove him to three automated teller machines and he got the $1,143 he needed to be released.

The photographer said, “The one picture I got was kind of by luck. I got lucky when I saw them at Wal-Mart when I was buying deodorant.”