There were no “back to school” blues for Zac Efron when he showed up on set to begin shooting High School Musical 3: Senior Year recently. 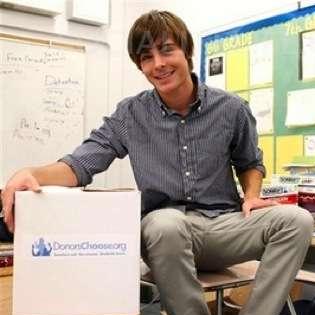 The actor, who bagged a best breakthrough performance gong for his role as heartthrob Link Larkin in Hairspray at Sunday’s MTV Movie Awards, revealed that all is going smoothly on the third installment of the hit Disney franchise.

Zac Efron revealed, “When I got there everyone was calm, collected. They were working really hard.”
He also insists that it’s business as usual, despite the fact that HSM3 will be a big screen feature rather than a TV movie like the previous two outings.

He revealed, “It felt like the first two movies all over again. We just kind of can’t go wrong with Kenny Ortega as our director and leader and our great cast and crew. We’ve got no squabbles to get through.”

But that’s not to say the cast and crew aren’t going for bigger and better this time round.

Zac Efron added, “Everything’s been stepped up a few notches, all the dances, and I think the songs are pretty catchy this time around. And it’s our senior year, so we’ve got graduation and prom to look forward to. All fun things to have in a movie.”