Jamie Lynn Spears has been the center of speculation that she undergone liposuction to shed weight during her pregnancy. 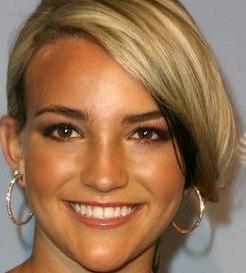 The younger sister of Britney Spears is believed to be incensed by a recent tabloid report that she had liposuction while pregnant.

The sources called the liposuction claims as “100% NOT true,” as they revealed that Jamie Lynn Spears is contemplating legal action against Star magazine for publishing it.

According to the sources, the “Zoey 101” star would “never in her life” do anything like it.

In its report, Star had quoted a source as saying: “Jamie Lynn had just finished her hit Nickelodeon show Zoey 101 when she found the weight piling on. Not realizing she was expecting, she pleaded with her mom, Lynne Spears, to let her get liposuction.”

The source added: “She didn’t know she was pregnant when she filled out the health questionnaire prior to the procedure. Her mom approved the injections and went through tons of red tape to get the clinic to administer them to an underage patient.”