Jennifer Aniston might be busy with acting these days, but she’s also had a taste of directorial power, and she definitely liked it. 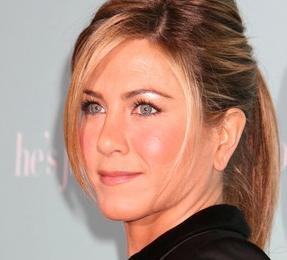 She revealed in CBS’ The Early Show: “I directed a short a few years ago with Glamour. I really enjoyed the process. The editing room was one of my favorite parts of it. Pull it all apart and put it back together again.”

Being the one to call the shots behind the camera may have leaked a little bit into her projects since then, as Jen admitted: “I’m always a little bossy” on set.

That bossiness doesn’t translate to telling her friends “he’s just not that into you” in real life, however. Jen says she’s never had to break that news to a pal.

She confessed: “I think it’s pretty clear that he is or isn’t. I have had people say, ‘Honey, I think he’s gay.’ ”

So once you find someone who is that into you, what would Jen suggest as the perfect date?

She advised: “Simple. Go to a great restaurant have a great conversation. Walk on a beach if there is one to be walked on.”