Jennifer Aniston has been spotted spending a holiday with Orlando Bloom in Mexico. 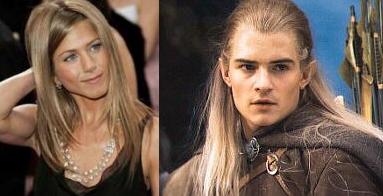 The former “Friends” actress was snapped sunbathing in a skimpy bikini while the topless ‘Lord of the Rings’ actor looked on admiringly.

A fellow holidaymaker at the luxurious Mexican resort revealed, “They were trying their best to be discreet but it was clear they were together. They make a very attractive couple.”

After Jennifer Aniston got a divorce with Brad Pitt in 2005 she dated her “The Break-Up” co-star Vince Vaughn.

The celebrity pair ended their relationship in 2006 and the 38-year-old actress was recently linked to British model Paul Sculfor.

However, Jennifer Aniston and Paul Sculfor split amid claims she wanted to start a family. Orlando Bloom hasn’t been in a steady relationship since splitting from actress Kate Bosworth late last year but he was linked to string of Hollywood celebrities.