Jennifer Aniston is at war with Oprah Winfrey because the chat show queen refused to watch her new movie Marley & Me, according to a tabloid report. 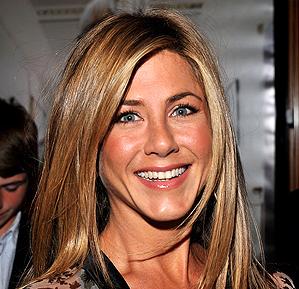 The 40-year-old actress is believed to be furious that Winfrey has no intention of seeing the puppy love flick, which also stars Owen Wilson.

A source revealed: “To this day, Oprah has flat out refused to see the movie – even though she did screen it for her studio audience and producers when Jennifer taped a recent appearance on her show.”

The source explained: “Oprah lost one of her dogs last year and she says the last thing she wants to do is watch a movie about a tender relationship between a pooch and its owner. But to Jennifer this amounts to a cold-hearted rejection and she feels pretty bitter about the whole thing. It’s made her really question their relationship.”

The source continued: “Oprah is kind of a superstitious person and tends to break out in tears at the drop of a hat when she’s reminded of something that makes her emotionally vulnerable. Because she was so freaked out about losing her own dog a year ago, she said it would have been bad luck and bad karma to indulge in watching Marley & Me, which revolves around a couple’s relationship with a dog.”

The source added: “She knows how the story ends and the wounds from losing her own dog were still pretty fresh. Jennifer has said that it was totally irresponsible of Oprah to just skip seeing the film altogether. It’s really hurt her feelings. She doesn’t buy Oprah’s excuse about her dog’s death. As far as she’s concerned, it’s a cold-hearted snub and a declaration of war.”