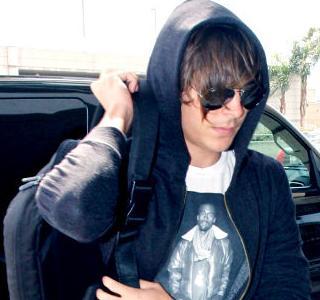 Now the 21-year-old hunk is getting ready for another duty in Paris, France.

Zac is on his way to the City of Lights. The 21-year-old actor, who appeared on Ant and Dec’s Saturday Night Takeaway Show yesterday night, is set to premiere his new flick, 17 Again in Paris on March 24.

Zac will be make an appearance at the Fnac – Châtelet in Paris for an autograph signing on Monday, March 23. Tickets are limited.