Jennifer Aniston is “baffled” by the continuing interest in her divorce. 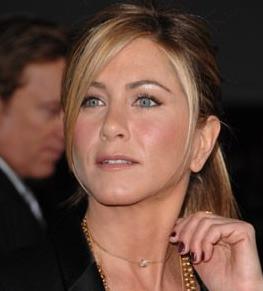 The “Marley and Me” star can’t understand why people still ask about her former husband Brad Pitt and his partner Angelina Jolie.

The 40-year-old actress, who recently branded Angelina “so uncool” for falling for Brad while he was still married, denied Brad had reprimanded her over her comments, but admitted she has gone through some “tough times”.

Jennifer said: “Everybody goes through tough times. You’ve just got to figure out how to get through them. It’s my history and my memory.”

She continued: “I used to really take things personally, but, if you can be truthful and honest with who you are, then you have a much easier time walking through life. That took me some time to figure out.”

The star, who is currently dating musician John Mayer, also revealed she is extremely grateful to have starred in hit US TV series ‘Friends’.

She added: “It’s a very, very powerful thing to have been part of something that has been a marker in people’s lives.”

Since the ‘Sex and the City’ movie, there have been rumours the cast of ‘Friends’ will reunite for a film but Jennifer is not sure if it will go ahead.

She explained: “If there is to be a reunion, I would hope it would be sooner rather than later, and I think it would be better if we did just one episode.”Courtney Cox and I have discussed it, and it would be fun to get together again, but I don’t know if it will happen.”