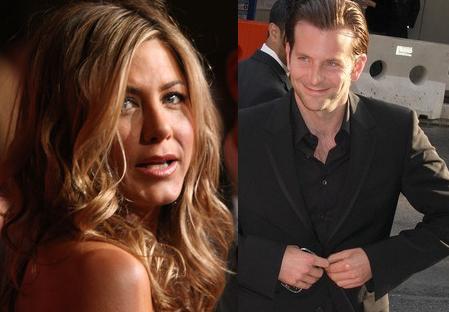 Igniting dating rumors just last month, Jennifer Aniston and Bradley Cooper add fuel to the existing talks after they were spotted having a cozy late-night dinner for two at the romantic Italian restaurant Il Cantinori in Manhattan on Thursday, June 18. Not much information has been disclosed about their togetherness, but they are reported leaving the venue together in the same car.

In the meantime, a fellow diner said: “It was a date. She is taking it slow. She is obviously looking for love, but is not about to rush into anything.” The restaurant’s manager tells E! News that though the actress is a frequent customer, that was the first time she brought in her male friend. “They were very nice and chatty,” the manager says of Aniston and Cooper.

Last month, Jennifer Aniston and Bradley Cooper, who previously co-starred in “He’s Just Not That Into You”, got dating rumors swirling after he was reported flirting with her at a party for the New York City premiere of her comedy-romance flick “Management.” When asked to verify the matter, the actor said “Unfortunately, it’s not true. I met her three times in my life,” adding that he was flattered to be romantically linked to her.

None of the movie stars has outed a single comment just yet on the latest reported dating speculation. Their camps also remain silent on that matter.