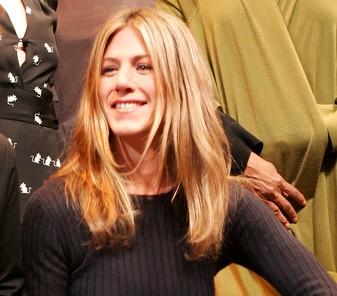 The “Break-up” actress openly admitted that she has no interest in social networking sites whilst her boyfriend John blogs away to his hearts desire.

When asked has Internet stardom become oppressive to you, the actress revealed: “Here’s where I luck out: I’m really computer illiterate. When I see people on their BlackBerrys, working them like some girls work a hair dryer, I’m just stunned. People have sent me clips from FunnyOrDie or YouTube, but I never seek it out. I did love that little girl in the Will Ferrell landlord clip on FunnyOrDie, but I’m content with just checking my e-mail.”

When asked what about something like Facebook, she replied: “It’s not for me. I’d be opening myself up too much. I don’t want to sound like a complete innocent — I’ve looked at things, of course. But it’s such spewing. If I look at it, I’ll be affected. It’s like dancing with the devil. But I have spent hours on FirstDibs, looking at furniture. And I like to play Scrabble. And poker. I discovered Wii this weekend. I’m a late bloomer.”

When asked was it nice to be back on the small screen, she added: “The whole experience felt like fate. I was flying into New York and I thought, I want to work in New York again. The next day they called and asked if I wanted to do an episode of “30 Rock,” which tapes in New York. And it was so much fun. So I guess, with screens, like everything else, size doesn’t matter.”