Jennifer Aniston is hotel-bound after a hard day’s work on the set of The Baster in a New York City studio on Thursday (March 26). 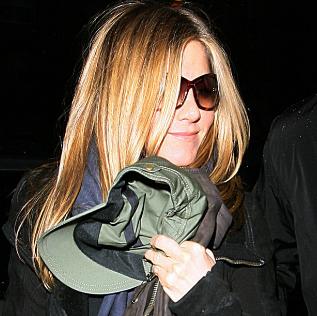 The 40-year-old former Friends star took the top spot in the most recent sexiest women’s list by Details magazine.

The actress, who became famous for her role as Rachel Green in Friends, reportedly beat Transformers star Megan Fox to the top spot.

Aniston, who stars opposite Owen Wilson in Marley & Me, is newly single after apparently breaking up with her on-off partner John Mayer.