Jennifer Aniston seems had another advantage over Angelina Jolie in a recent survey of most liked celebrity, which Reese Witherspoon topped the list. 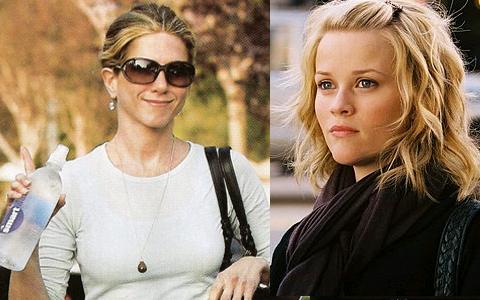 The “Break-up” actress garnered an appeal rating of 70% was ranked No 2, ahead of Angelina Jolie with a rating of 53% at No. 3, in a list of ten most liked women celebrities compiled by E-Poll Market Research. Reese Witherspoon topped the list with 74%.

Reese Witherspoon is blonde, bubbly, and pretty much never makes a fashion faux pas. She is the quintessential American sweetheart. She was believed to be the highest paid Hollywood actress but ironically hasn’t had a resounding success since 2005 biopic “Walk the Line”.

Following Angelina Jolie were Jennifer Lopez with 52%, Katie Holmes with 32% and Victoria “Posh Spice” Beckham with 28%.

Troubled pop star Britney Spears with 11% and celebrity at large Paris Hilton with 9% were at the bottom of the list that additionally included Nicole Richie and Lindsay Lohan.

Paris Hilton and Britney Spears were also deemed to be the most overexposed celebrities. The list was compiled from a survey of 1,100 people ages 13 and older.