Jennifer Aniston was reportedly like having a bikini wax and she did not like stray hairs. According to her beautician, the actress likes it a little too much. 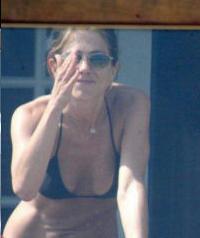 Dawn Daluise, a beautician of the actress and owner of Dawn Daluise Skin Refinery in Los Angeles, claims that she worked on the “Break-up” actress every other week while she starred in the US comedy.

The beautician revealed, “She’d call even when there was no hair to wax. And she’d insist on having it done – literally making me wax off peach fuzz.”

There is another report that indicated that the actress was “phobic about extraneous stray hairs – especially around her bikini line. She’ll [even] tweeze them!”