Jennifer Aniston only needs to work with a guy for the dating rumors to spark. The “Break-up” actress will definitely linked to Owen Wilson as they move forward towards their comedy film “Marley and Me.” 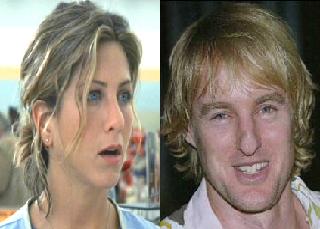 A magazine claims that “Wilson has a concerned “Friend” rooting for his recovery ─ Jennifer Aniston. The two stars, who are slated to work on the film adaptation of the best seller Marley & Me, have been speaking regularly by telephone and e-mail since Owen was taken to an L.A. hospital after a failed suicide attempt on Aug. 26.”

According to the report, Jennifer Aniston is more than happy playing Florence Nightingale and helping out Owen Wilson. The actress has sent him some of her favorite books, including “The Power of Now”.

A source revealed that the actress has “been encouraging Owen to practice breathing techniques, yoga and meditation. Owen has come to rely on Jen’s phone calls.”

The source added, “They’ve connected because ‘both are wounded souls.’”

Another report indicated, “The actual filming of the movie would begin before Owen Wilson and Jennifer Aniston started doing each other. They are not really doing each other, but the whispers are being set in motion and by the time they actually do start filming, the tabloids will have them living together and making plans for children.”