Jennifer Lopez has sparked pregnancy rumors these past few days. A magazine claims that the Latin singer is with child, saying, “Us has confirmed from multiple sources that Lopez is about four months pregnant with her first child. 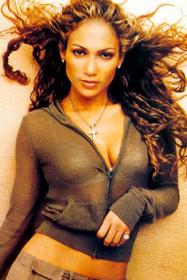 A source revealed that Lopez’s mother, Guadalupe “is proudly telling people she’s having twins.”
Jennifer Lopez has kept her lips sealed during recent public appearances, dancing around questions from interviewers wanting to know if she’s singing for two.

A source added that the 38-year-old singer is ecstatic about the news, saying, “It’s a dream come true. She and Marc are over the moon. [Conceiving] was a struggle for her.”