Jennifer Aniston, who previously hired patrol for new home, appeared to be taking a leaf out of John Mayer’s book and playing field after the actress was spotted getting close to Gerard Butler. 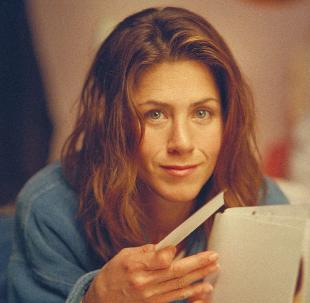 The “Break-up” actress, who reportedly went for drinks with Gerard at the Toronto Film Festival, is bleieved to be picking up where she left off with the Scottish hunk.

A source revealed: “They were very affectionate to each other. There was another man at the table, but he looked like he was a chaperone – or just there to stop tongues wagging. They basically ignored him.”

Jen and Gerard were first romantically linked when they reportedly hooked up at the Toronto Film Festival in September.

Meanwhile US reports claim Jen has promised to cut back on her needy ways to keep on-off boyfriend John Mayer.