Jennifer Aniston bounded past the finish line with $27 million in the bank in 2008, a cool $13 million more than her arch nemisis Angelina Jolie, according to a new report. 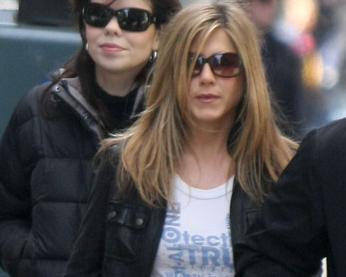 But the former Friends star was far from first place in the celebrity rat race – super-couple Beyonce and Jay Z clinched the top spot by earning a staggering $162 million between them in 2008.

Amongst the lower celebrity earners were Britney Spears who only pocketed $2.25 million and Alaskan Governor Sarah Palin, who made a measley $125,000.