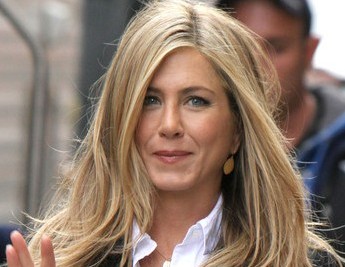 The 41-year-old actress was wearing a leather jacket while filming with co-star Paul Rudd in a real estate office. She was also smiling at the photographers when she headed to a chauffeured SUV.