Jennifer Aniston, who recently shops baby items with Paul Sculfor, has become addicted to fried breakfasts, since she started dating the British model, according to “Heat”. 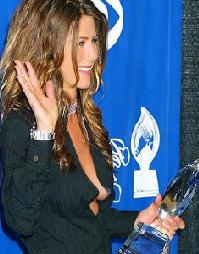 The “Break-up” actress has been introduced to the delights of a traditional English breakfast, which usually comprises of sausages, bacon, eggs and tomatoes, by model boyfriend.

A friend of the celebrity pair revealed, “Ever since Paul was in the building trade he’s started the day with a good old English fry-up. Jennifer was repulsed by the idea at first, but now she’s really got into it. Paul cooks them both a big breakfast and then they spend the rest of the day burning it off.”