There is a speculation that the “Break Up” couple may indeed make up. A lot of buzz around now appears after Jennifer Aniston splits from rumored model boyfriend and she is single again. But if there will be a romantic reunion, it will have to wait as Vince Vaughn has made his way out of Los Angeles and back to Chicago. 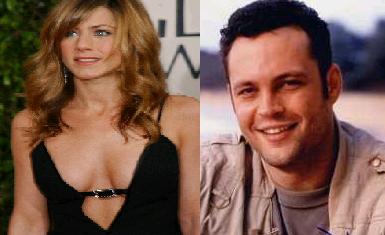 According to a report, Vince Vaughn is finally back in Chicago and enjoying his new Michigan Avenue digs. He hung out at the Gold Coast neighborhood bar McFadden’s on Tuesday night with some buddies. He has not been back home in months, but he never fails to make a trip back to Chicago in the summer time.

There is no sign if Jennifer Aniston will follow Vince Vaughn or if Vince wanted her back. According to OK!, Vince Vaughn is still pining for his one-time sweetie and reports have claimed that the pair are still in constant touch. Vince has been overheard saying that Jen was “the best thing that ever happened to him.”