Jennifer Aniston, who was filming in Vancouver, was linked to Kevin Connolly after they were spotted with Kevin Connolly in Los Cabos and a report also claims that he was seen rubbing suntan lotion on the actress’ back. 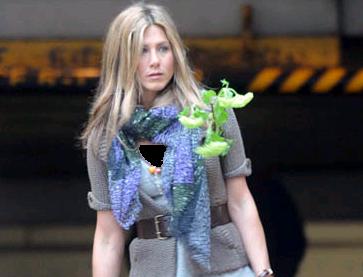 Tobey Maguire supposedly set up the pair. As insider revealed that the 38-year-old actress and Kevin were set up by mutual friends Tobey Maguire and his wife, Jennifer Meyer, while on their New Year’s vacation.

However, although Jennifer Aniston appeared to enjoy Kevin’s company, things never went beyond a little flirting. The insider said, “Tobey and his wife knew it was a long shot but think they could have made a love connection.”

The pair was included in a group, which included Courteney Cox, David Arquette and daughter, Coco.

A friend of Jennifer Aniston revealed, “Courteney and David know and love Kevin. They think he could be perfect for Jen.”

Kevin Connolly was last linked with “Dancing With The Stars” winner Julianne Hough and even gave her a ring last November. Perhaps Kevin Connolly just happened to be at the same resort. Other reports also linked the “Break-up” actress with David Spade.

Meanwhile, Jennifer Aniston was spotted on the set of “Travellers” while filming in Vancouver, Canada. She was also romantically linked with Jason Lewis, Paul Sculfor and Vince Vaughn.