Jennifer Aniston, a former “Friends” star, revealed she would never play Rachel Green again. The actress has cut any chance of a movie version of the hit show by saying she isn’t interested in reprising her role. 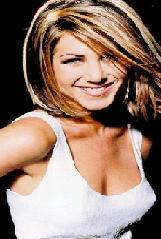 A source revealed, “There have been whispers of a ‘Friends’ movie for a while now, especially with the ‘Sex and the City’ film finally getting the go-ahead. But it can’t happen without Jen and she thinks ‘Friends’ has had it’s time and she should move on with her film career.”

A source added, “I think if they were given a chance the rest of the cast would probably go for it but Jen sees playing Rachel again – even in a film – as going back, not moving forward. She wants to earn respect as a movie actress in her own right and take on more seriously roles to stretch her acting ability. She sees making a ‘Friends’ movie as a failure on her part.”