Jennifer Aniston’s love life appears to grow stronger after she flew to London to join her boyfriend John Mayer ahead of his tour. 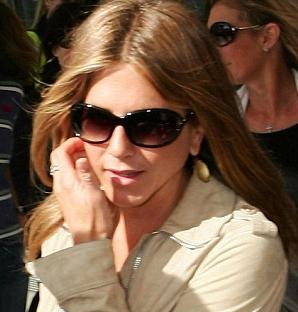 The “Friends” beauty, which was previously took her new boyfriend John Mayer, meet her friends and now the actress has flown in from LA to be by his side as he prepares to play a series of concerts in the UK.

Jennifer Aniston was seen at London’s Heathrow ahead of John’s concert dates beginning in Birmingham on Tuesday.

Despite their relationship only being known a month, the New York Post reported last week the couple had been dating for three months, but only decided to appear in public recently when it started to get serious.

John Mayer, who was the 30-year-old star, has previously dated actress Jennifer Love Hewitt and singer/reality TV star Jessica Simpson but from the looks of things, his relationship with Jennifer looks set to go the distance.

A close source revealed, “Yes, she’s moved on with her life and has finally found a guy to settle down with in John Mayer.”