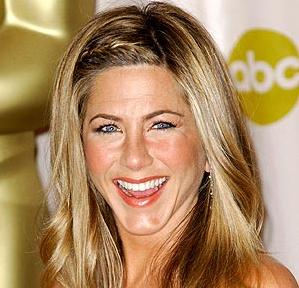 Jennifer Aniston and John Mayer, who have been on-again off-again for quite some time now, have apparently split – and the National Enquirer is claiming that Jen has found a new love – spending money.

A friend of the actress revealed: “Jen is burning through money at an alarming rate.”

The friend continued: “Sure, she’s rich. But even for a big star, Jen’s spending has gotten out of control.”

The friend added: “Spending helps numb Jen to the things she sdoesn’t have, like a husband and children. These days, even the super wealthy are cutting back, but not Jen.”

Meanwhile, Jennifer Aniston gets a massage in this new still from her upcoming Stephen Belber-directed romantic comedy, Management.