Jennifer Aniston’s been through an image change or two since we first got to know her on Friends in the 1990s. 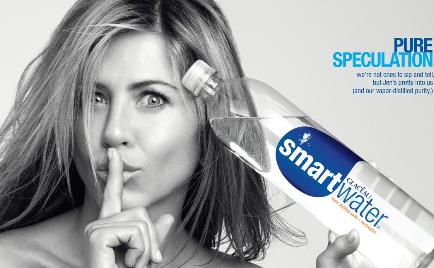 One side of her that we’d never expected: Jen the wild party girl. On Monday’s Late Night With Jimmy Fallon, the actress revealed that she was once a big-time club-hopper, frequenting ’80s Manhattan hot spots like Danceteria and the notorious all-night club, Palladium — both faves of Madonna in her “Like A Virgin” prime.

“I did have that period,” Jen admits to Jimmy on the NBC show, which airs later tonight.

The Management star blushed just a little as she described her favorite partying outfit from back in the day: ripped tights, boots, a police hat (!) and “maybe a bra.”

“No one should have let us go outside like that!” winced Jen, who appeared on the show in a more sensible classic black thigh-length dress.

The normally reserved Aniston even told the studio audience that she used to climb up on the podiums around the dancefloor and dance the night away.

– PURE SPECULATION we’re not ones to sip and tell, but Jen’s pretty into us (and our vapor distilled purity.)

Last year, Jennifer was featured on a seven-stories tall billboard for Smartwater on Sunset Boulevard in West Hollywood.