There is a speculation that Jennifer Aniston met Brad Pitt and Shiloh in a secret lunch. The actress’ representative denies the reports that the actress gave an interview to a magazine in which she dishes on her former fling, Paul Sculfor, and a recent meeting with Brad Pitt and daughter Shiloh. 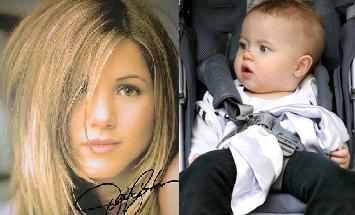 In the article, which claims that Jennifer Aniston recently ran into Pitt and his daughter in a restaurant, includes “quotes” of Jennifer Aniston: “I was very sad last month when he went back to live in London. But I’m going to be buying a lot of return tickets to Europe in the next few months so we can see each other.”

Stephen Huvane, the representative of Jennifer Aniston revealed that the article is a work of fiction. He said, “The interview never happened. The events like Jennifer running into Brad with Shiloh at a restaurant is completely false as well, as are all the events and quotes they attribute to Jennifer.”

The same magazine also falsely quotes the actress admitting that she was “turning into Bridget Jones” after she got a divorce, spending days “lying on the floor surrounded by ice cream.”