Jennifer Aniston was delivered an extra special Christmas present this year as she thrashed her former husband Brad Pitt in the U.S. box office. 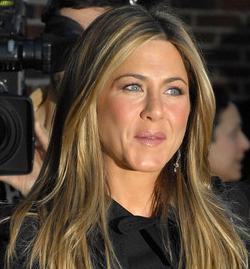 Although she is celebrating her latest career success, it appears that the 39-year-old actress’s love life may not be quite as smooth.

Despite appearing inseparable in recent weeks after reuniting in November, the couple spent the Christmas holidays apart, prompting speculation their relationship may have soured.

After spending a week in New York promoting her new film Marley & Me and spending time with Mayer, Aniston returned to LA ahead of Christmas on December 20th, leaving her lover back in the Big Apple.

Mayer spent Christmas with his family before returning to the West Coast with his brothers Carl and Ben on Boxing Day.

A report claimed Aniston utilized her relationship with John Mayer, putting on uncharacteristically public displays of affection, to promote her movie.

“Jennifer Aniston is celebrating her box-office pummeling of ex-hubby Brad Pitt – but she’s doing it without her boy toy by her side.

Aniston toted Mayer around through all her promotional gigs to deter interviewers from focusing on her single status.”

It is unclear whether the couple, who only started dating again last month after a four month relationship earlier this year, will be spending New Year’s Eve together.