Vanessa Hudgens admitted that she loves dressing up for the paparazzi. 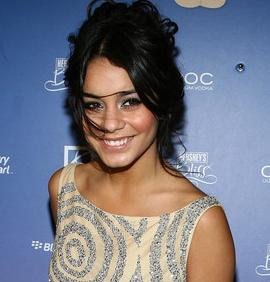 The “High School Musical” star, who is dating her co-star Zac Efron, likes experimenting with fashion to entertain the photographers who follow her around.

She revealed: “I have some of the clothes that my character Gabriella wears in the movie in my actual closet. I’d be like, ‘Wow, I have to have that!’ I love fashion. Having paparazzi there is almost an excuse to dress up, but if I’m not in the mood I’ll just go out in sweats and Ugg boots.”

Vanessa also denied rumors there is friction between her and her ‘High School Musical’ co-star Ashley Tisdale, insisting the pair are good friends.

She continued: “We are just really close and get along so well. The two of us together are just hysterical – we come up with the most random, silly things.”

She added: “We don’t fight and it’s annoying because people are always comparing us. They need to understand that we are just best friends.”