After so much time has gone by, Brad Pitt and Jennifer Aniston seem to have grown to value their friendship more, a new report claims and Angelina Jolie might be steamed over a secret gift that Jen gave Brad. 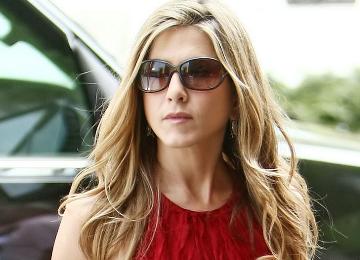 According to In Touch report, Brad is wearing a necklace she gave him for his 45th birthday on December 18.

A source revealed: “It’s an antique pendant,” adding that she left it for him at the offices of his production company, Plan B. “She found it, and knew Brad would love it.”

The report also indicated: “Oddly, it isn’t the first gift she’s given him. The confidante reveals that in the years since their divorce, Jen has never forgotten Brad’s birthday – sending presents to Plan B or through mutual friends, rather than his home, so as not to “stir up trouble” with Angelina.”

“Jen’s never had anything but fond feelings for Brad. She can’t help it.” Should Angie be worried? While Brad and Jen’s friends insist their relationship is purely platonic, the associate says, “Jen and Brad both seem to agree that they gave up on their marriage without enough of a fight. They’ve had many ‘what if’ conversations.”