Jennifer Garner, who was breastfeeding daughter Violet at the time of shooting a film, banned her co-stars from going near her boobs during fight scenes in her latest film. 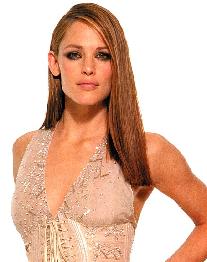 The actress revealed she got beaten up for real on “The Kingdom” film, but her breasts were off limits.

She revealed, “It was so down and dirty that I had scratch marks that we had to cover up on my face for the next few days. But the guy I was fighting had to stay away from my boobs because I was breastfeeding. That was the one sacred thing. He could go for my head, pull my hair, just not the boobs. I gave as good as I got, I even bit his ear. It was great!”

According to the actress, her husband Ben Affleck was not at all concerned when he came to the set to watch her in the violent fight scenes. She added, “He was just like ‘Go, go for it, babe! Harder!’ I thought it would have made him a little bit nervous to see people chucking me against the wall, harder and harder with every take.”