Vanessa Hudgens had [email protected] photos taken for Zac Efron and the photos will hit the Internet soon. 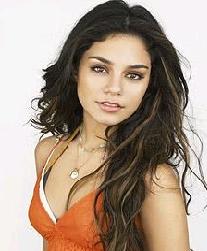 According to a report, the pictures were intended only for Zac Efron – but have recently surfaced, and their discovery could bring down “High School Musical” show. A source revealed, “Vanessa took some suggestive shots of herself in the buff as a surprise for Zac. Now the scandal is threatening to destroy the “High School Musical” phenomenon.

There is a speculation that a third party has obtained the sexy pictures that were meant just for Vanessa and Zac. A source added, “Vanessa’s only 18, so she had no idea how her flirtatious act could threaten the future of the multi-million dollar plans Disney has for the show. She just wanted to keep Zac interested.”

Perhaps her naughty pictures could affect the Disney’s massive marketing and production plans into complete turmoil. A show insider revealed, “It’s a kids’ show, aimed a children, teenagers and their parents and starring a bunch of cute, wholesome youngsters. [email protected] pictures of one of the stars would be catastrophic. It could bring the whole ‘High School Musical’ franchise to its knees.”