Jennifer Hawkins, a former Miss Universe titleholder, will grace the cover of Harper’s Bazaar Magazine for its September issue. 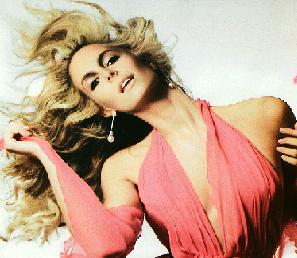 The eight-page spread of the magazine will reportedly be very different to the usually wholesome image of the model and television presenter.

Among the new looks, the former beauty queen will slip into a custom made, skin tight leather cat suit, and another shot will see her in a leopard skin bikini.

She will also don a pink georgette party frock, which was designed by Aussie Ruth Tarvydas. The former beauty queen recently turned down a role in the latest Pink Panther movie because she couldn’t fit it into her already busy schedule.