Jennifer Hudson and Carrie Underwood are among those slated to sing at the upcoming 51st Grammy Awards telecast in Los Angeles, organizers said Monday. 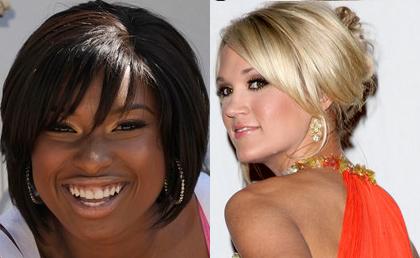 Jennifer Hudson is nominated for three awards this year — Best Female R&B Vocal Performance for “Spotlight;” Best R&B Performance by a Duo or Group with Vocals for “I’m His Only Woman” (featuring Fantasia) and Best R&B Album for “Jennifer Hudson.”

Carrie Underwood is up for Best Female Country Vocal Performance for “Last Name.”

The Feb. 8 event will be broadcast live from the Staples Center on CBS.

Hudson has not performed publicly since the October slayings of her mother, brother and 7-year-old nephew, allegedly at the hands of her brother-in-law.

It was previously announced that Hudson would sing the national anthem at the Super Bowl in Tampa, Fla., Feb. 1.