Jennifer Hudson, who previously encountered family tragedy, is getting back to work, according to a report. 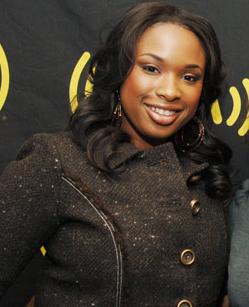 The singer is set to begin filming a video next week for her single, “If This Isn’t Love,” according to her label, J Records.

Jennifer Hudson was due to film the clip in Los Angeles when her mother, Darnell Hudson Donerson, and brother, Jason Hudson, were discovered shot to death in their Chicago home on the city’s South Side on Oct. 24. The body of her nephew, 7-year-old Julian King, was found in a sport utility vehicle three days later.

Her estranged brother-in-law, William Balfour, who is married to her sister Julia, has been charged in the slayings. Prosecutors have said Balfour was upset Julia had been dating another man.

Jennifer Hudson has been in seclusion since the killings. However, she has thanked the public for their support since the tragedy, and last week issued a statement after she was nominated for four Grammy awards, including best R&B album for her self-titled debut.

She revealed: “It’s been a childhood dream of mine to release an album, so to receive four Grammy nominations is truly a blessing. I am extremely honored and humbled by the nominations.”

She has recently been featured in ads for the Gap, but those images were shot well before the murders.