Jennifer Lopez, who graced the cover of Elle’s magazine for its October issue cover story, revealed that she was “selfish” for the first time in her life while she was pregnant with twins Max and Emme, who are now 6 months old. 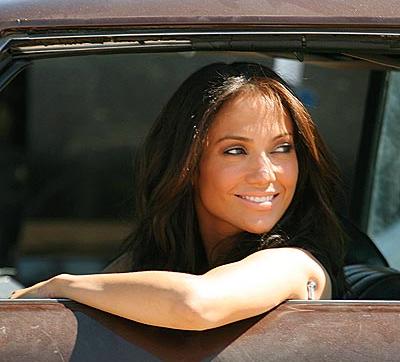 Midway through her pregnancy, the singer had just finished her concert tour with husband Marc Anthony last fall when she told him she needed him to take the reins.

The 39-year-old singer declared: “I said, ‘I did the superwoman thing, I finished the tour – now I need you to take care of me.'”

She also told her husband Marc Anthony, who will turn 40 on September 16: “I love doing things for you; if I’m not cooking, then I’m picking out a shirt. But this is the first time in my life where I’m just going to be a little bit selfish I don’t know if I’m going to have kids again, so I want it to be a beautiful experience. I don’t want to have any drama. I want to just be smiling every day.'”

The actress did not worry if she is going to have kids or not, explaining: “We knew nothing was wrong with either one of us – I had been checked, and he had kids already. I knew [that] something’s not ready here, in my head or in my life, and when it is, I know it’s going to happen.”

On the moment that she realized that she was pregnant, she revealed: “I was sitting down doing hair and makeup and I felt a flutter. The weirdest little…flourish. My makeup artist said, ‘What’s the matter?’ I didn’t say anything, but in my head, I was like, I have life inside me!”

As soon as she got back to the States, out came the pregnancy tests. Twenty of them. Including one that she made his husband Marc Anthony take as she added: “I needed to see what a negative looked like!”

Two weeks before giving birth, Lopez commissioned a special gift for her husband – a book of photos of herself. Jennifer Lopez said: “I was like, ‘How am I going to rock this moment of my life? … I felt very womanly. Marc was in a dream. He loved it.”