Rudy Giuliani, who is the former mayor of New York, dismissed Democratic presidential nominee Barack Obama as a “celebrity senator” without leadership experience or significant accomplishment in his keynote address to the Republican National Convention. 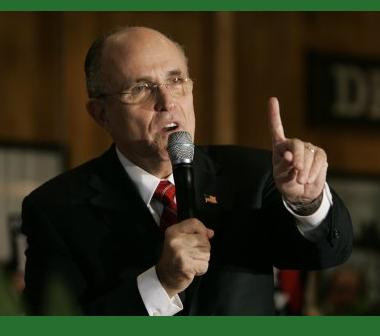 The former New York mayor ridicules his years as a community organizer in Chicago. He revealed: “He’s never had to lead people in crisis. This is not a personal attack; it’s a statement of fact. Barack Obama has never led anything. Nothing. Nada.”

Rudy Giuliani, was one of the GOP presidential candidates who lost to John McCain in the Republican primaries, declared that the Democrats’ theme of change versus more of the same “is really a false choice because there’s good change and bad change. Change is not a destination and hope is not a strategy.”

He also discussed the theme of John McCain’s candidacy based on his experience, which includes his military service and years as a prisoner of war in North Vietnam.

On his dismissive account of Barack Obama’s career, Rudy Giuliani also revealed: “On the other hand, you have a resume from a gifted man with an Ivy League education. He worked as a community organizer. . . . What?”

On his remark with Obama’s Illinois state Senate record and the nearly 130 times he voted “present” on legislation, which was the same attack Hillary Clinton used during the Democratic primaries, Rudy Giuliani explained, “He couldn’t figure out whether to vote yes or no. It was too tough. It doesn’t work in an executive job. For the president of the United States, it’s not good enough to be present; you have to make a decision.”

He also asserted in the US Senate that Barack Obama “spent most of his time as a celebrity senator; no leadership, no legislation to really speak of.”

On vice presidential candidate Sarah Palin, Rudy defended her as he declared: “She already has more executive experience that the entire Democratic ticket combined.”

On the critics who have raised questions about Palin’s political ambitions and her family, he said: “How dare they question whether Sarah Palin has enough time to spend with her children and be vice president. When do they ever ask a man that question?”