Jennifer Lopez and Marc Anthony’s marriage, who became the center of speculation, was at the breaking point after they both appeared separately without their wedding rings. 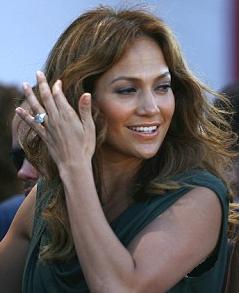 But a flurry of photos taken Friday show the couple with Marc Anthony’s arm around Jennifer Lopez and both wearing rings on their left ring fingers while attending the inauguration ceremony for the governor of Puerto Rico.

They were also spotted as they share an intimate kiss during the ceremony in the North wing of the Capitol Building in San Juan.

Publicists for the couple have denied a report that they are planning to announce a breakup during their holiday getaway in Puerto Rico.

In early December, Lopez appeared at the premiere for “The Curious Case of Benjamin Button” without her 8-carat engagement ring, wedding band or even her husband, who is generally photographed by her side.

According to reports published last month, Marc Anthony was spotted just one week before that without his wedding band.

So what was the reported reason for their alleged split? A magazine at the time cited several, including Marc’s controlling ways and his alleged wandering eye.

Another report also suggested that Lopez was unhappy just being a “Long Island housewife” and blamed Anthony for the demise of her career as a box-office star.