Jessica Alba, who recently showed off her baby Honor in a magazine cover, and her husband Cash Warren are cheering on Team USA all the way. 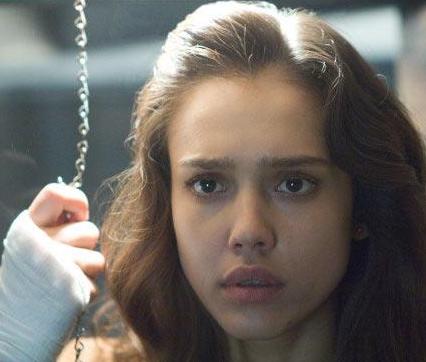 On her her blog post with a title “What an Amazing Opening Ceremony,” the “Fantastic Four” actress wrote: “I don’t know about you all but Cash and I have been glued to the Olympics.”

The actress continued: “How amazing was the opening ceremony? I still don’t know how they coordinated 2008 people to move in perfect sync.”

She thought that the men’s 400-meter relay as “insane.” She even wrote: “Cash and I went crazy.
The shot of Michael Phelps after the race ended cheering with his teammates is so memorable. The last time I got this excited watching sports was when Baron was in the NBA playoffs.”

She also revealed in her blog post: “We were down by almost a half body length going into the final turn and then next thing you knew it was closer, closer, closer until we touched the wall first! Cash and I went crazy.”

The stunning actress has a piece of advice for couch potatoes: “If you aren’t in the best shape of your life and training every day to make the next Olympics I highly recommend checking out the IBY Living Room Olympics.”

After winning an online staring contest, she also wrote: “Despite taking some time off. I am still in the top100 on the site…beat that!!”

As for 2-month-old daughter Honor, Jessica Alba wrote: “Everyone in the family is doing great.”