Jessica Alba, who is newly single, caught herpes from a former boyfriend, it has been claimed. 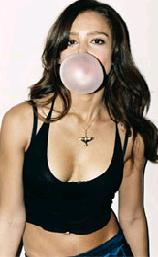 A source, who worked as Jessica’s assistant at the time, reveals they had to replenish her Valtrex prescription – a treatment for genital herpes – on a regular basis, according to website’s report.

70% of herpes spreading is said to happen when there is no sign of infection, according to a US STD awareness campaign.