Jessica Alba, who previously reported to be featured in 2009 Campari calendar, has regained her fabulous figure after the birth of her first child. 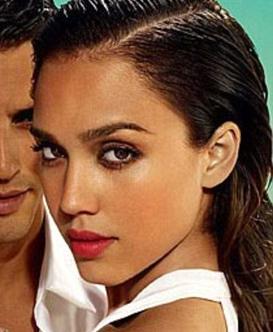 The “Fantastic Four” star flaunted her stunning curves in a series of plunging beachwear and skimpy tops as she strike a sultry poses for a new calendar.

The actress, who followed the footsteps of previous Campari calendar girls Eva Mendes and Salma Hayek, posed with glass and bottles of Campari alongside a series of hunky male models for the Italian aperitif’s limited-edition calendar.

The 27-year-old actress wore a series of designer bikinis during the shoot in Malibu as she was photographed by legendary lensman Mario Testino.

She revealed: “All the clothes were very cool. They’re young, sexy and fresh. I’m usually walking around in comfy clothes with a baby on my arm and it’s nice to dress things up and feel sophisticated, sexy and surrounded by so much beauty.”

She added: “Also being surrounded by Brazilian models made it even easier. It was all very chic, but still young and cool, my favorite combination.”