Jessica Alba, the star of “Sin City”, has offered to pay all her female cousins’ college fees. It is because she is sick of coming across uneducated Latinas. 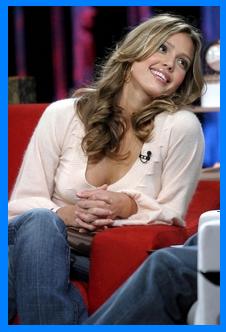 The sexy actress has put aside cash to cover her relatives’ further education dreams.

The actress revealed, “Seeing all these girls who are uneducated – it’s not fair. They deserve just as much of a chance to contribute to society as anybody else.”
The actress added, “Because they’re poor, they’re not given the tools. They have no freaking clue what they’re going to do with their lives.”