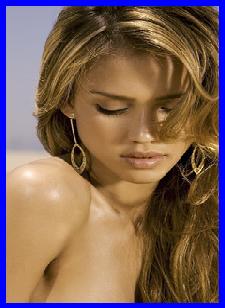 The actress reprises her role as the invisible heroine in the upcoming Fantastic Four: Rise Of The Silver Surfer, which shows in the cinemas next month.

Jessica Alba recently admitted that she is bored of being typecast in pretty roles and wanted to look more unattractive on screen.

According to the speculation, Jessica Alba said, “I think the beauty thing can sometimes get in the way. We’ve discussed it at length. She has this thing; she says, ‘Tim, make me ugly! Put dirt on me! Do something!’ and I’m like, ‘OK, Jessica, maybe not in this film…’ “She’s such a talent, but sometimes it’s hard for people to look past that. Yet I think she is really starting to turn that around.”