Jessica Alba, the star of “Fantastic Four,” regrets starring in diving thriller film “Into The Blue”. The actress insisted that it “wasn’t the greatest experience in the world”. 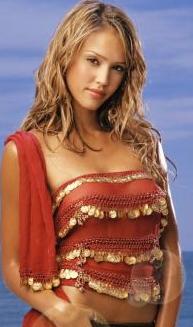 The actress spent most of the movie in a bikini playing Sam, the girlfriend of Paul Walker’s scuba-diver character Jared. The film grossed just $18.5 million at the U.S. box office and was panned by critics. However, Jessica Alba refused to take responsibility to the film’s reception, insisting it “wasn’t my movie”.

The actress revealed, “At the end of the day, I was in, what, three or four scenes. I wasn’t starring in that movie. It wasn’t my movie; it was Paul’s.” The actress added, “But somehow it fell on my shoulders, and I was kinda responsible for it being what it was at the box office. But I in no way, shape or form dictated that.”