Jessica Alba, who recently split with her boyfriend, has signed on to star in Paramount Pictures’ new film ‘Love Guru’. 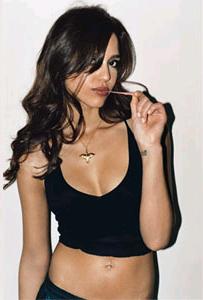 The “Fantastic Four” actress will play the female lead opposite funnyman Mike Myers, who has also scripted the film along with Graham Gordy.

Also including in the cast are Romany Malco, and Verne Troyer, who played Mini-Me in Myers’ three “Austin Powers” films, according to a report.

In the film, Jessica Alba plays the hockey team owner and Troyer the team coach. The job of Pitka, the role of Mike Myers, is to check that romance between Malco and his wife, so that the star player can lead his team to the championship.