Kate Middleton, who was reportedly pulled out boat plans, may have pulled out of the boat race but appears to have gained a lot from it. Her perfectly toned arms and legs are the perfect example of what she gains. 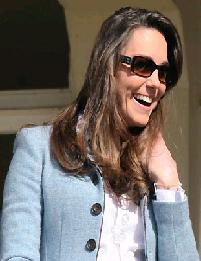 The 25-year-old brunette was spotted walking back on a gorgeous pair of legs after a day at work as she looks picture perfect.

The girlfriend Prince William of Wales is reportedly not a quitter but she quit the Channel boat race because she reportedly did so at the behest of the royal aides who fear that her continued role would see the race becoming a major media event.

Perhaps she may have just swapped a place on the boat with one back in the heart of Prince William.