Jessica Alba was chatted up more when she was blonde. 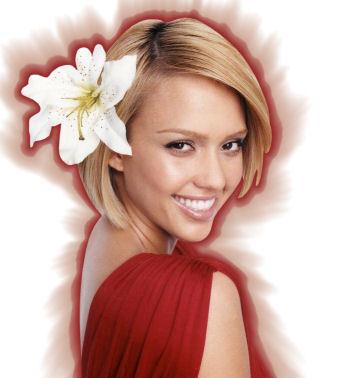 The 27-year-old actress revealed that she never had more male attention than when she dyed her hair blonde for her role as stripper Nancy Callahan in 2005 movie ‘Sin City’.

She revealed, “When I went blonde for ‘Sin City’ three years ago, I swear I’ve never had more male attention. I’d go to a bar and all these Arab Princes and much older men would want to buy me a drink – I’m talking guys in their 80s!”

Meanwhile, the “Fantastic Four” actress, who gave birth to Honor, her first child with husband Cash Warren, in June, signed a deal with America’s OK! magazine, after caving into demand for the exclusive first pictures.

The source continued, “Jessica wasn’t planning to sell the photographs, but gave in after she was bombarded by offers from various weekly magazines.”

The source added, “She settled on a $1.5 million deal, which will cover the first photographs and a set of pictures of Honor from another event later in the year, such as Thanksgiving or Christmas. Honor is absolutely adorable and the photos are all so cute.”