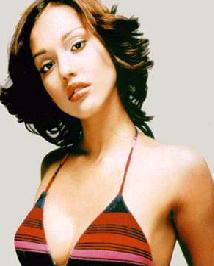 The actress revealed, “Men’s magazines have nipples so why don’t women have a magazine where men show their p*nises? There’s Playgirl but not a fashion magazine like Elle.”

The actress added, “If there was a magazine like that I’d buy it. Nudity’s not a big deal to me.”