Jessica Alba has accused the media of ruining her 2008 wedding to Cash Warren, by reporting on the ‘secret’ ceremony before she could tell her parents. 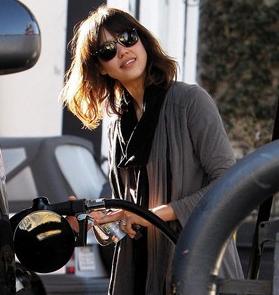 The couple wed in a low-key ceremony at the Beverly Hills Courthouse in Los Angeles on May 19, just weeks before Alba gave birth to the couple’s first child, daughter Honor Marie.

The 27-year-old actress was devastated when news of the wedding leaked and her parents found out from a journalist.

She revealed: “The person who helped us sign the documents told the press that day, so my parents found out from a reporter before we got to tell them. We were planning to take them out to dinner and tell them, but that got ruined. (I was) More hurt, probably, than anything. It’s not the first time something like that has happened. Journalists feel entitled to do whatever it takes to get a sensational story, no matter how it affects the person involved. We’re not really people, right? We’re just celebrities.”

And though Alba has vowed not to let the negative attention effect her eight-month-old daughter, she admits she’s become fiercely protective of little Honor.

She added: “You know, kids pick up on your energy, so the more upset you get about it, the more your kids are affected by it. But I understand how Sean Penn or Alec Baldwin knocks out somebody who’s putting a camera in their kids’ faces. I get that.”