Johnny Depp has always wanted to be a part of top British comedy Monty Python. 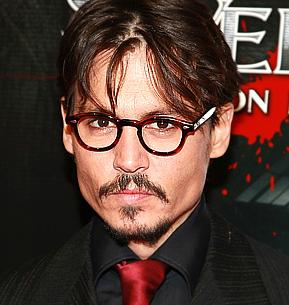 The actor played all manner of weird and wonderful characters from a Keith Richards pirate to a boy with pruning shears for hands but Johnny Depp’s dream role has eluded him.

Monty Python ceator and award-winning director Terry Gilliam revealed: “Johnny always wanted to be a Python. He loves comedy and said ‘If I could have been a Python I would’ve been happy.'”

Explaining why they work so well together, Gilliam, who directed close friend Depp in Fear And Loathing In Las Vegas, The Man Who Killed Don Quixote and most recently The Imaginarium Of Doctor Parnassus, added: “He’s so fast. I have an idea, he has a sillier idea. We leapfrog. I think that’s the heart of it.”